How did this all got started? Well, back in 2013, I saw ghost walk out of the girl's bathroom stall, vaporize then shrink down and collect in on it's self while moving past a wall.

This occured on Archangel Feast Day, September 29 on a Sunday. I, like a lot of people, am not into wichyways or was not very religious at the time.

This ghost didn't say anything to me or even look at me. He was in and out in about 4 seconds. On my recorded, I found Morse/binary code. Three sets of clicks. Later as I doodled the ITC, Instrumental Transcommunication Morse/binary code I found on my records that night, I realized it was something special. As it turns out it was.

I have a lot of link to many topics and today I found a link to the Arecibo message sent into space in 1974 created by Astronomers Black and Carl Sagan, Sagon now deceased. The Arecibo message is in binary code.

While the Arecibo message is 111 101 000 001 000 for Phosphate an element that supports life to which life could not exist without.

Here are some diagrams to visualize the code connections. 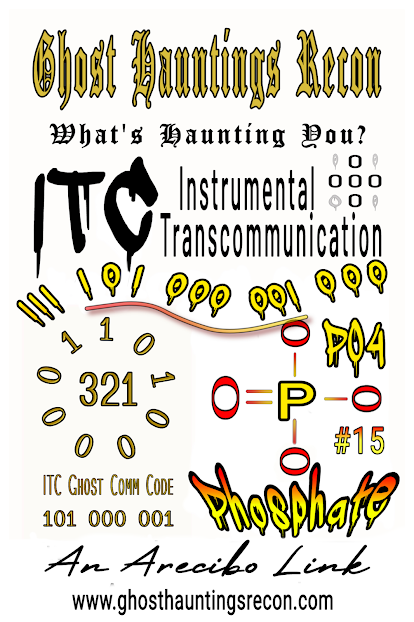 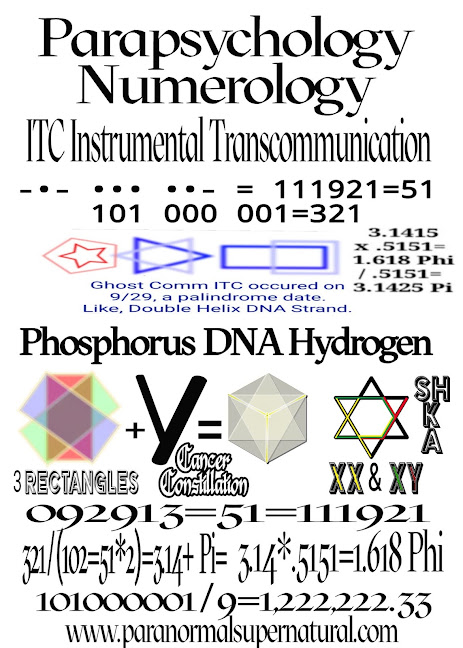 The Ghost Comm ITC code links too...
My communications job, the age I was baptized, the date I was baptized, the 2 dates of the Miracle of the Sun of Fatima, the archangel feast day, archangel Gabriel's day, my date of birth, my home address, the have a bad day day, 911, many scriptures in the bible relating to angels messages, and numerology and Gematria, ancient Hebrew, Pi and Phi. 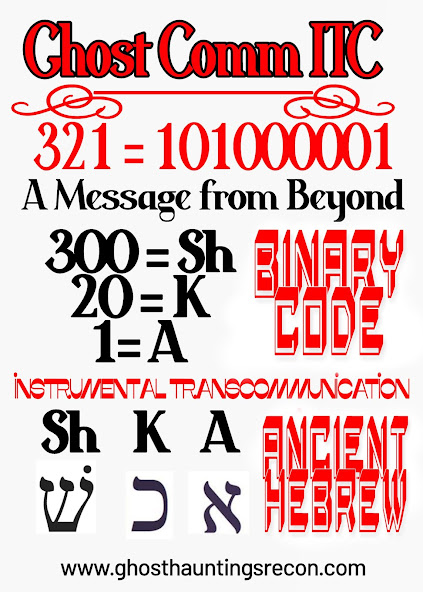 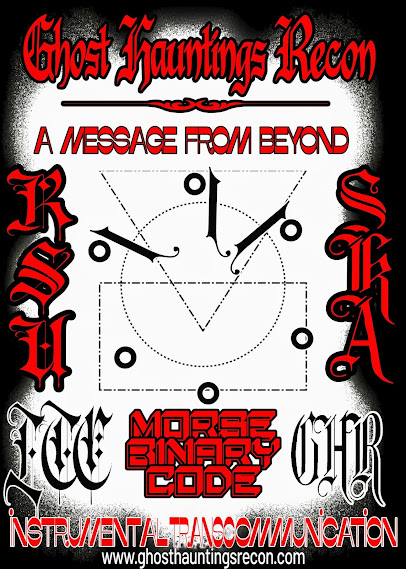 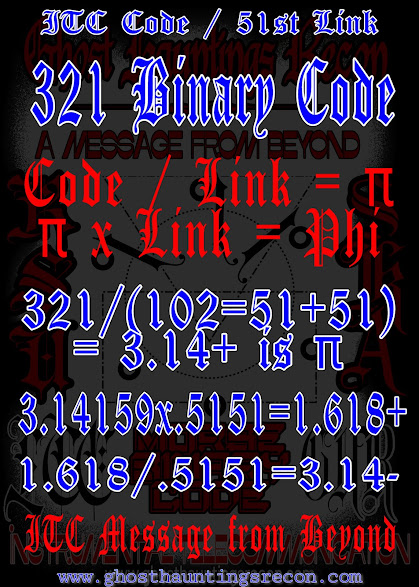 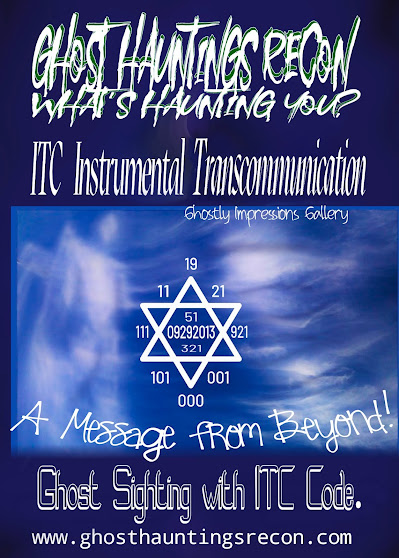 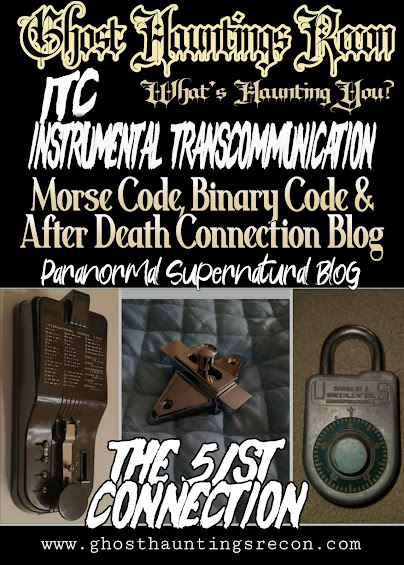 This is a draft file. More to come.